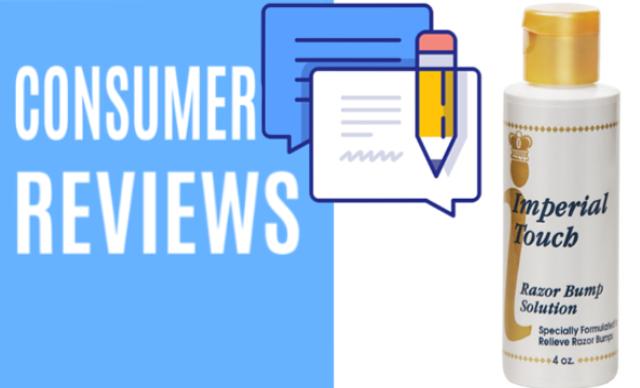 Cleveland Broadie - Atlanta (2008-02-15) The Imperial Touch Eucalyptus & Menthol Shave Cream is the best shaving cream I have ever used. It coats my skin really nice and i don`t get that burning feeling after I shave. Real nice guys.
Alton Jarrett - Stone Mountain, GA (2008-01-21) I have been using Imperial Touch for 5 years. But this Oat Protein facial scrub and Aloe Vera cleanser is the best scrub and cleanser I have ever used on me and my customers. Wow, great stuff.
Tamara Kennedy - Atlanta, GA (2007-11-28) I have been in the hair business for 10 years and this Imperial Touch Dandruff Shampoo is the only dandruff shampoo that actually works.
Alex Adefule - Lilburn, GA (2007-11-15) I own Straight Razor Barber Salon and we have been using Imperial Touch products for the last 8 years. It is the best product we use on our customers. The sales rep gives great service too. I really love the product and highly recommend it.
Marina Lehmann - Los Angeles (2007-11-09) My husband is using Imperial Touch Shaving Gel - both him and I are very happy with the results, his skin appears to be so much smoother. Great product! To all the other people: Give it a try, you`ll be impressed!
Marina Lehmann - Los Angeles (2007-11-09) I`m really impressed with this Imperial Touch Dandruff Shampoo. I gave to a son of a friend who suffered from dandruff for quite some time. I haven`t noticed any dandruff and his hair always smells good! We`re all happy with the results.
Marvin Williams - Kingston, Jamaica (2007-01-12) Imperial Touch was given to me by a friend. I was let down by so many products for razor bumps. I tried it, and I liked it.
Linda Skow - Long Beach, CA (2006-03-15) Imperial Touch Razor Bump Solution. Great Stuff!

Matt Skow - Long Beach, CA (2006-02-18) I tried EVERY PRODUCT under the sun and nothing worked. That was until a family member bought me Imperial Touch Razor Bumps Solution. Simply put, this stuff Works.
Mario Sotomayor - San Bruno, CA (2006-02-03)This is the best product I have ever purchased. I suffered from serious razor bumps on the back of the neck. This product actually has helped me clear up the skin back there

Get valuable advice on razor bumps, razor burns, ingrown hairs, shaving techniques, acne.... Visit our Expert Advice section for advice on issues that matter to you!Cleveland Broadie - Atlanta (2008-02-15) The Imperial Touch Eucalyptus & Menthol Shave Cream is the best shaving cream I have ever used. It coats my skin really nice and i don`t get that burning feeling after I shave. Real nice guys. 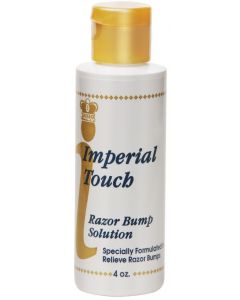