Running in the heat 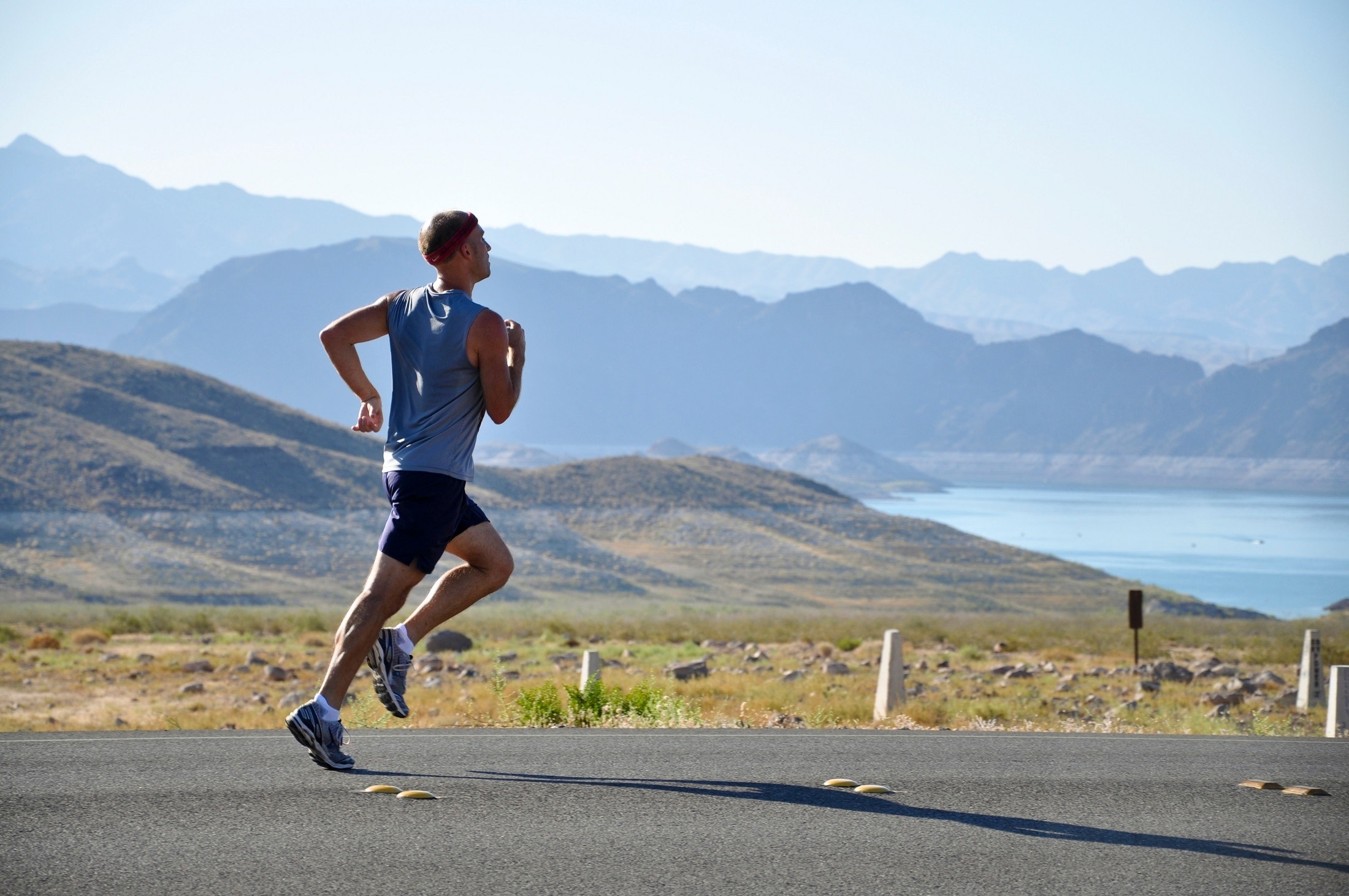 A long run or fast workout is hard enough, let alone a race. Like a friend of mine always says: In the heat, I don't compete! Even if you just take your run easy and skip the hard workouts, how are you even supposed to just feel good when running in the heat and humidity of summer? Training well through the heat and humidity of summer takes a careful approach that combines timing, gear, and an understanding of why exactly it's so damn hard to run in the heat in the first place. But of course, it will still be tough. A few weeks ago at the Heartbreak Hill Festival put on by Runner's World, I was talking to another runner about a race she ran in Miami.

She was lucky to meet Kara Goucher and Shalane Flanagan (two professional distance runners) who told her, "I'll take running at altitude over running in Miami any day!" Even the pros hate summer running! Instead of complaining about how difficult it is to run in the heat, let's see how we can make the best of it without injuring ourselves or putting our health in danger. And maybe even help make the fall our fastest season yet. If you've read Christopher McDougall's fantastic book Born to Run, you'll remember that humans are amazing endurance animals when it comes to running for a host of reasons. We have: A huge Achilles tendon that produces a significant energy return while running.

A (mostly) hairless body and highly evolved sweat system. Big butts. I cannot lie: according to Harvard professor Daniel Lieberman, our glutes are "running muscles." A special ligament that attaches the spine to the skull and keeps our head from bobbing as we run. Can you guess which adaptation here is impacted by running in the summer? It's our incredible sweat system, of course. Perspiration helps cool us off because as our sweat evaporates from your skin, it takes heat with it. But when humidity rises, it reduces your body's evaporation rate because there's already so much water in the air. Soon, you feel overheated and have to slow down.

If you live in an arid place like Colorado where the humidity is low, a hot summer day can still wreak havoc on your training for two important reasons. First, the dry air evaporates sweat from your body almost as quickly as you're producing it, so you can become dehydrated much more quickly. If you start a run slightly dehydrated or run long without any fluids, your performance will significantly decrease (and you'll feel like death). Second, as you become more and more dehydrated throughout a run, your heart needs to work harder to pump your blood because it's becoming thicker (among a few other reasons too). This is called cardiac drift: your heart rate increases over the course of a run even when the intensity stays the same.

Let's not also forget the heat and sun, both of which increase your core body temperature. As soon as you start getting too warm, running will feel much more difficult. Your "Rate of Perceived Exertion" (RPE) will increase even if you're running a pace that's usually comfortable. Less evaporation because of higher humidity levels, increased chance of dehydration, and a higher core body temperature means that you'll have to run slower to maintain the same effort. An unfortunate reality of summer training.This article isn't meant to scare you. After nearly 16 years of competitive racing and running in the heat and humidity of New England and the mid-Atlantic states, I've never been seriously affected by the heat in any meaningful way.

Neither have any of my teammates in college and high school—and we raced and ran very tough workouts in brutal temperatures sometimes. But that doesn't mean the dangers aren't real. If you run too hard at noon in July, you might experience some type of heat illness. Here's what you need to know so you can avoid these setbacks. Heat Cramps: Muscle spasms that are caused by large fluid and electrolyte losses from sweating. They can occur while exercising but also hours after your run. No need to worry, they're not serious—but make sure you stay hydrated and get enough electrolytes with sports drinks or fruit like bananas. Severe dehydration: We're all familiar with dehydration. Up to a 4% loss in fluid levels from exercise is still safe, but any more than that and you may experience dizziness, fatigue, and even mental disorientation.

Prevent this level of dehydration by starting your run already hydrated (your pee should be a straw color) and replacing your lost fluids as soon as you finish running. You can figure out exactly how much fluid you've lost by weighing yourself before and after a hot run. Heat Exhaustion: If you work out too hard in the heat, you may come down with heat exhaustion—a case of dehydration, headache, nausea, and a core body temperature of up to 104 degrees. It's much more common in runners who aren't adapted to the heat.

If you think you have heat exhaustion, stop running, get out of the sun, and cool down with a cold drink and preferably air-conditioning. And next time, run earlier in the day! Heat Stroke: Danger! Heat stroke is very serious because your core body temperature is probably over 105 degrees. Symptoms include disorientation and clumsiness, confusion, poor balance, and a lack of sweating. Immediate medical attention is required where you'll be cooled with a cold bath, air conditioning, and cold liquids. At the 1978 Falmouth Road Race, Alberto Salazar (two-time winner of the NYC Marathon) suffered heat stroke and collapsed at the finish line after falling to tenth place. He was rushed to the hospital with a temperature of 107 (!)